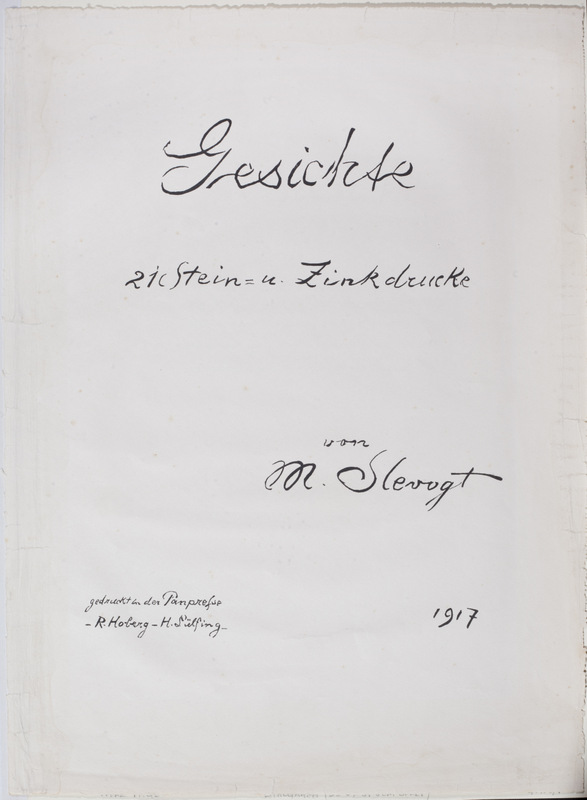 Additional images for this work

Slevogt was commissioned as a war artist, but, instead of producing a folio of morale raising propaganda, he produced a universal condemnation of war after returning from the front, which was condemned and censored by the authorities. He produced a portfolio of twenty one lithographs, simply entitled Visions, from 1916-17. Instead of noble soldiery, upright and marching in militaristic fervour, these prints were populated by ghosts and spectres, people shooting themselves and animals enacting a macabre pantomime of battle horrors. Slevogt aimed with bitter accuracy, but his target was not the soldiers at the front, but the powers behind the war.

This is the title and inside pages of the folio.