The group was a loose association of highly individualistic artists, of varying international backgrounds. Faced with a rapidly changing industrialised Germany, they yearned for a more spiritual alternative. 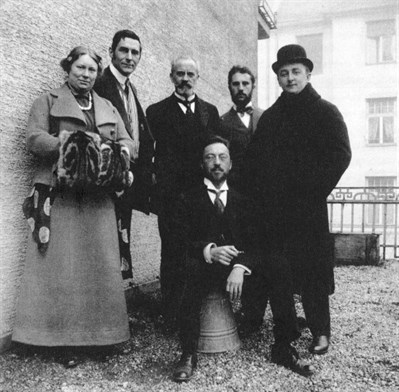 The name and the symbol of the group was the ‘Blue Rider’. The horse represented creative energy and the rider the artist who controls it, the colour blue symbolising the spiritual. Originally, Kandinsky had arrived in Munich from Russia in 1896, anxious to secure a place at the Munich Academy of Art. In 1909 he formed an exhibiting group, the Neue Kunstlervereinigung Munchen (New Artists’ Association of Munich) including fellow Russians Alexej Jawlensky (1864-1941) and Marianne von Werefkin, also Kandinsky’s former student Gabriele Münter (1877-1962).

In 1911 a major disagreement saw Kandinsky, joined by Marc, Münter and Alfred Kubin walk out of the NKV to form the Blue Rider. The group’s first exhibition took place at the Thannhauser gallery in Munich in December 1911.

The following year they were joined by Jawlensky and Werefkin. Other members included August Macke, the Swiss Paul Klee (1879-1940) and Heinrich Campendonk (1889-1957), a Dutch painter of German birth who befriended Marc.

Like the Brücke artists they rejected Impressionism and the artistic establishment. Instead they embraced all styles of art which were united by their expressive content, ranging from Egyptian art and Bavarian glass painting to the works of Rousseau and Delaunay.

Kandinsky’s search for a spiritual language for art ultimately led him to abstraction, believing that colours and forms could purify the soul. Marc’s mysticism centred on the idea of the innocence of animals symbolising a return to an earthly paradise. 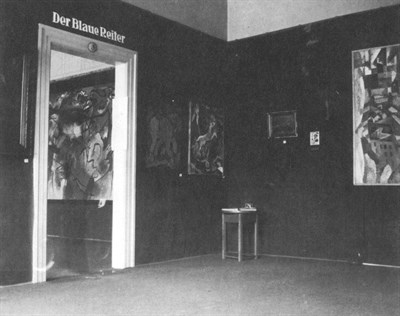 The artists’ ideas were reflected in two Blue Rider exhibitions arranged by Kandinsky and Marc in December 1911 and February 1912 and in The Blue Rider Almanac which they edited, a major document in the history of modern art, published in 1912.

The outbreak of World War I irreparably disrupted the group, with two members, Marc and Macke both killed in action, Macke in 1914 and Marc in 1916; also Kandinsky forced to return to Russia, a move which preceded the end of his relationship with Münter.