Albrecht Dürer was born in the Imperial free city of Nuremberg (Germany) on the 21st May 1471, to a family of Hungarian goldsmiths. Initially apprenticed to his father, Dürer spent most of his life in Nuremberg, but also made three significant journeys. In 1494 and in 1505-07 he travelled to Italy, and from 1520-21 to Antwerp and the Netherlands.

Although trained in surroundings strongly influenced by the German gothic tradition, Dürer absorbed key concepts of the Italian Renaissance. During his visits to Italy he was particularly influenced by the sophisticated link between scientific theory and art, encountering Mantegna, Bellini and the art of the Venetian School.

His prolific output consisted of hundreds of woodcuts, engravings, paintings and drawings. He also wrote treatises on fortification (1527) and proportion and artistic theory (1528). He was the principal channel through which Italian Renaissance ideas were introduced to the North, and his greatest legacy is his supreme mastery of woodcut printing and copper engraving, numerous examples of which survive today in public and private collections.

Dürer’s main serial woodcuts were the The Apocalypse (1498), The Great Passion (1498-1510), and The Life of the Virgin (1501-10). Single plates included The Sea Monster (1497), Knight, Death and the Devil (1513), Melancholia (1514), and The Rhinoceros (1515). Durer was also designer, printer and publisher of the Apocalypse, the first book to be entirely produced by an artist. He exerted a powerful influence on 20th century German Expressionists, particularly the Die Brücke group. 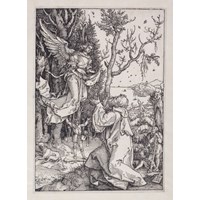 The Life of the Virgin II; The Angel Appears to Joachim 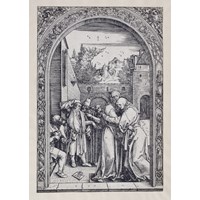 The Life of the Virgin III; The Meeting of Joachim and Anna at the Golden Gate 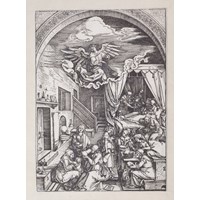 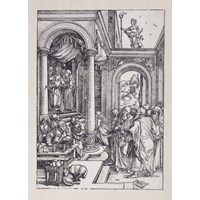 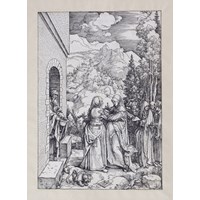 The Life of the Virgin VIII; The Visitation 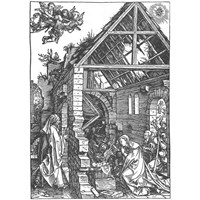 The Life of the Virgin IX; The Nativity or The Adoration of the Shepherds 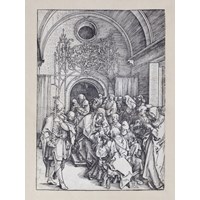 The Life of the Virgin X; The Circumcision of Christ 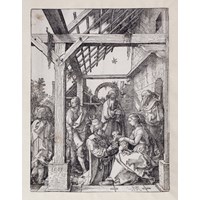 The Life of the Virgin XI; The Adoration of the Magi 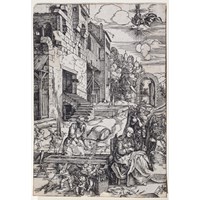 The Life of the Virgin XIV; The Rest during the Flight to Egypt 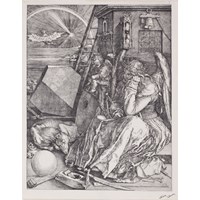 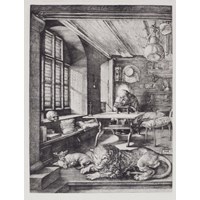 St Jerome in His Study 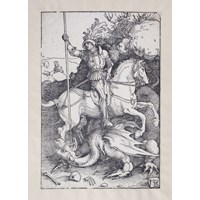 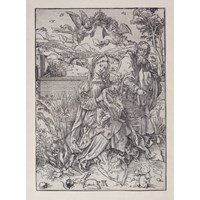 The Holy Family with Three Hares 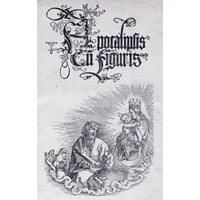 The Virgin Appears to St. John 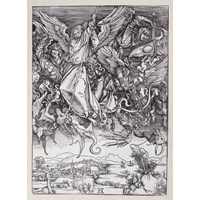 The Triumph of the Angels 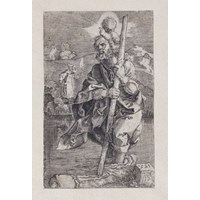 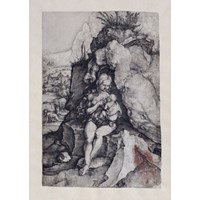 St. Geneviere or The Penance of St. John Chrysostom 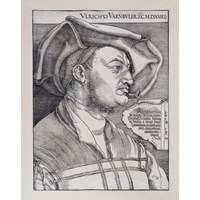