The Story of Expressionism

Expressionism is a revolutionary art form developed in the early 20th century. Expressionist artists wanted to release the deeper emotions which they felt lay beneath the surface of everyday life.

The artists’ urge to overturn and oppose rigid 19th century thinking enabled them to create new and exciting art. Here we tell the story of the beginnings of the Expressionist movement in Germany and how the turmoil of the World Wars led directly to the origins of Leicester’s own collection of German Expressionist Art. 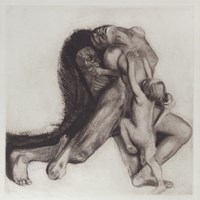 Expressionism was a revolutionary, new way of looking at art, and life, pioneered in the first decades of the 20th century. Although its exact definition is disputed, essentially it was about the search for a deeper, more spiritual meaning to life. 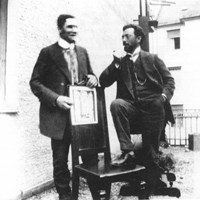 Many groups of expressionist artists formed over the years. Some were more organised and formal, some were just related through association. Here we list some of the groups that were key to the movement.