Cathedral and St.Severus Church at Erfurt by Christian Rohlfs 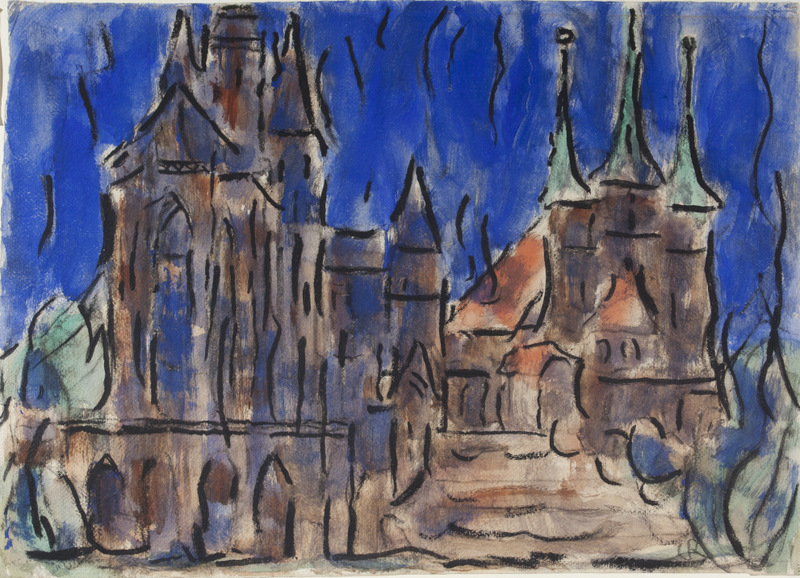 Additional images for this work

For Rohlfs and other artists in Alfred Hess’ circle, Erfurt became its own subject. In 1924 Dr Walter Kaesbach, Director of the City Museum, invited Rohlfs to stay in Erfurt. He hoped that the architecture of the medieval Cathedral and St Severus Church would inspire him in the same way that the medieval town of Soest had. Rohlfs accepted the invitation and in his 75th year painted 14 variations in quick succession, producing one of the most beautiful architectural series in 20th century German art. Alfred Hess paid for this commission.

Here the broken lines defining the architectural forms are echoed across the picture combining with the vertical brushstrokes of the deep blue sky to create a pervading upward surge of movement.

The additional images show the artist Christian Rohlfs relaxing and posing for a photograph with Alfred Hess at the Hess house in Erfurt in 1928.

Also a postcard sent to Hans Hess showing a photograph of the Cathedral and St. Severus Church in Erfurt taken from the same position as the artwork view.