Max Liebermann was born of Jewish parents in July 20, 1847 in Berlin, and died in February 8th, 1935 in Berlin. He was a German-Jewish painter and printmaker, and one of the leading proponents of Impressionism in Germany.

The son of a Jewish fabric manufacturer turned banker from Berlin, Liebermann grew up in an imposing town house alongside Brandenburg Gate. He first studied law and philosophy at the University of Berlin, but later studied painting and drawing in Weimar in 1869, in Paris in 1872, and in the Netherlands in 1876–77. During the Franco-Prussian War (1870–71), Liebermann served as a medic with the Order of St. John near Metz. After living and working for some time in Munich, he finally returned to Berlin in 1884, where he remained for the rest of his life. He was married in 1884 to Martha Marckwald. 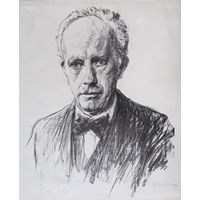 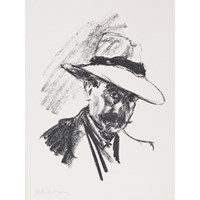 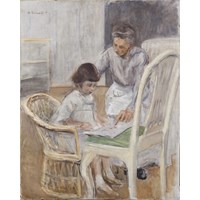 The Artist's Granddaughter with Her Nurse 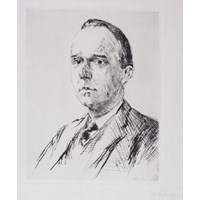 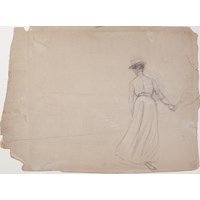 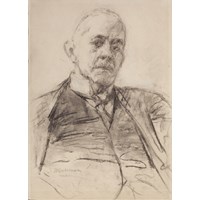 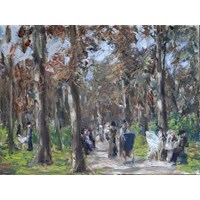 Promenaders in the Tiergarten 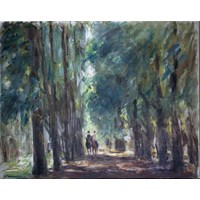 Two Riders in the Avenue in Sakrow