The sculptor, printmaker and playwright Ernst Barlach (1870-1938) was born in Wedel and studied in Dresden, Hamburg and briefly in Paris, where he discovered Millet and Meunier before he moved to Berlin in 1899.  A trip to Russia in 1906 inspired Barlach to create sculptures of peasants and country people. From 1909-25 he was contracted to the well-known gallery owner Paul Cassirer.

In contrast to the big city life he experienced in Berlin, he moved to the small town Güstrow in 1910 where he remained until his death. During the First World War, Barlach volunteered as a medical orderly and in the infantry until he was discharged in 1916.  Like his colleagues Kirchner and Beckmann, Barlach initially welcomed the war as a tool for social change. However, he soon discovered the war’s inhumanity and cruelty, and after the end of the war he produced bronze and wood monuments seen in churches in Germany to remind of and warn against war.

During the Nazi era in Germany, many of his works were removed from museums and churches and some destroyed. He was forbidden to paint and exhibit and stage plays.

In addition to his prints and plays, Ernst Barlach is well-known for his sculptures which often depict religious and mystical figures. Technique and style are influenced by gothic wood carvings. From 1906 onwards, peasants become an additional subject matter. His later work shows increasingly psychological types rather than individual ones. 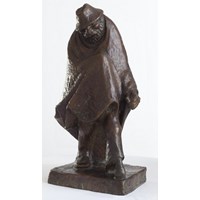 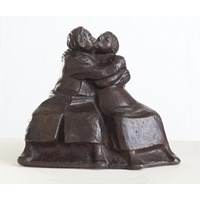 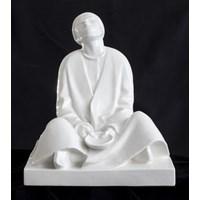 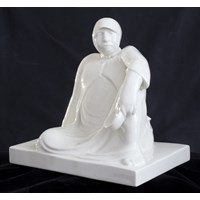 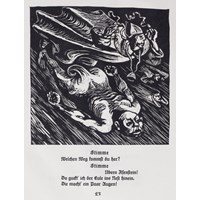 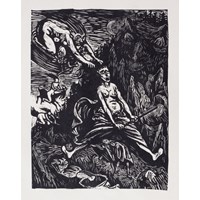 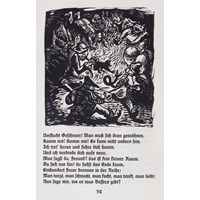 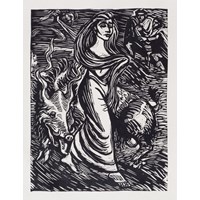 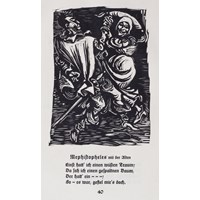 Mephistopheles Dances with the Old Woman

From a Modern Dance of Death 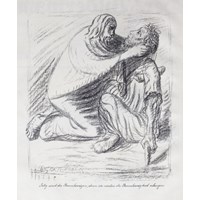 Blessed are the Merciful, for they shall obtain Mercy. 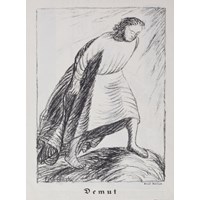 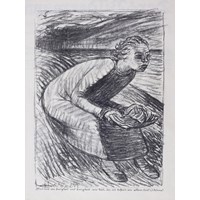 He for whom Time is Eternity and Eternity time, is liberated from all suffering (quotation from J Bohme). 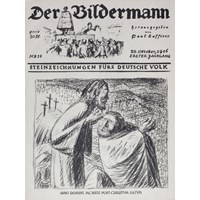 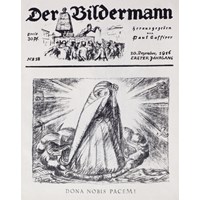 Dona Nobis Pacem (Give Us Peace) 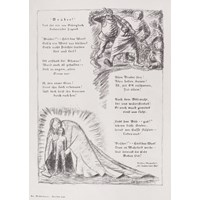 Brothers, 'We Have Found a Path' 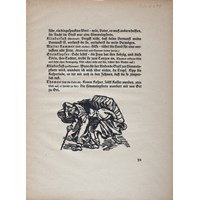