The Origins of Leicester's Expressionist Collection

The story of Leicester’s internationally acclaimed collection of early 20th century German art is a fascinating combination, of wartime friendships, shared artistic and cultural passions and the vision and commitment of successive museum curators and directors. 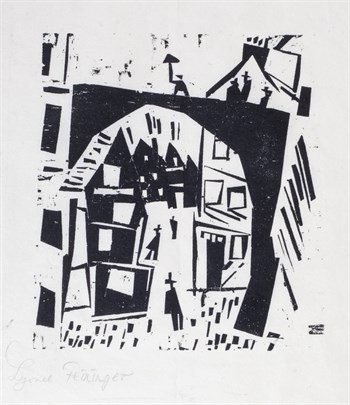 By the late 1930s a progressive art collecting policy had been established at Leicester by Art Assistant Arthur C. Sewter, with contemporary British and continental (including German) art being purchased. In 1936, Sewter’s exhibition of Contemporary Art staged at the museum included works by Hepworth, Moore, Kandinsky, Max Ernst, Dali, Paul Klee and Laszlo Moholy-Nagy. In 1944 however, the key development came when Trevor Thomas, Curator of the Museum, staged his ground-breaking exhibition of ‘Mid-European Art’. Works were borrowed from several émigré families, but at the core of the exhibition were 50 works from the Hess Collection.

Alfred Hess, a wealthy Jewish manufacturer of Erfurt, Germany, had amassed an extraordinary collection of over 4,000 contemporary artworks before his death in 1931. A generous patron of the Erfurt Museum, he and his wife Tekla and son Hans welcomed both curators and artists to their home.

The rise of fascism brought disaster. In 1933 the Hess home and business had to be sold and Hans fled to France while Tekla stayed in Germany, trying desperately to save the family collection. By 1937 she had managed to smuggle a few works out disguised as loans, some reaching Zurich and others sent to Hans, by now living in England. Tragically, most of the Hess collection disappeared during the Nazi years, but the surviving works played a seminal role in the 1944 exhibition.

Since then, Leicester’s collection has grown through purchases, gifts and bequests, notable highlights including the 1955 bequest of the art historian Dr Rosa Schapire, of works by Karl Schmidt-Rottluff and the stunning gift of over 60 artworks presented by Michael Brooks in 2009. 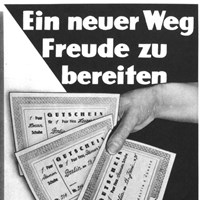 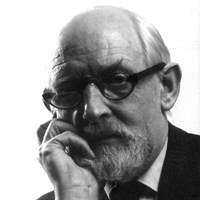 Trevor Thomas was a multi-talented individual with an engaging and colourful personality. He was Keeper of Ethnology and Shipping at Liverpool Public Museums (1931-40); aged 33 he became the Curator-Director of the Leicester Museum and Art Gallery (1940-46).